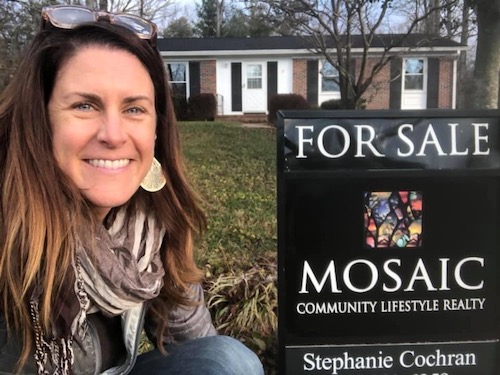 Mosaic Realty broker Stephanie Caldwell is that Asheville rarity: a native who has spent her entire life (save a brief stint in Chicago) in the Asheville area. Her years of experience with all things Asheville – first growing up here, then as an investor spearheading several house building and renovation projects, and finally as a real estate agent – has produced an insider’s perspective few can match. It’s this insight that helps her counsel clients on the areas of Asheville best suited to their lifestyle goals.

Elaborate a bit on your life growing up in Asheville, the neighborhoods you’ve lived in and the changes you’ve witnessed over the years. What clues were there back then that Asheville was headed toward the explosive growth we’ve seen in the last decade?

I purchased my first house in West Asheville in 2002, found a love of renovating older homes, and from there renovated and lived in multiple neighborhoods on the West side of town. I then moved north to Barnardsville for six years, returning to the city in 2009.  Since then, I’ve lived in multiple neighborhoods in North Asheville, continuing to purchase and remodel homes on the north side. Really the only section of town I’ve not lived in is South Asheville. I’ve lived West (five neighborhoods), North (four neighborhoods), East (one), and Barnardsville (one).  I feel as though I know many of the area neighborhoods well, not only as a real estate broker, but also as a resident.

When I bought my first West Asheville home in 2002, I gutted and renovated it. Back then, it was one of the more affordable areas.  I purchased a 1920s bungalow on a large lot for $125,000.  After living there for several years, I held it as a rental property, then parceled off the flag lot, selling the main home.  In 2018 I partnered with another investor and built a spec house on the flag lot, which we sold the following year. 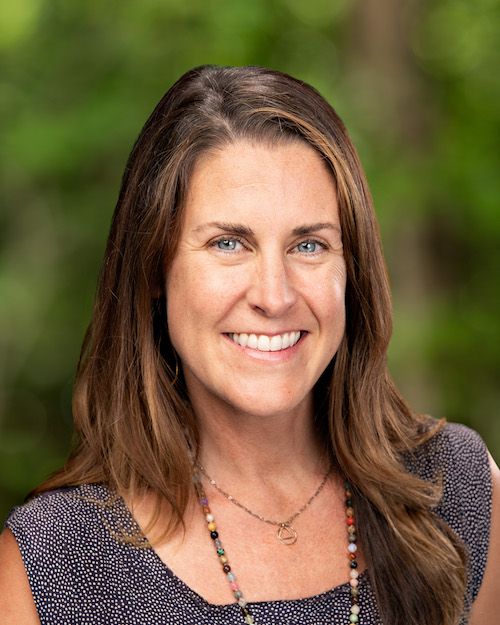 Ultimately, before I became a real estate broker, I was doing quite a bit of purchasing and trading real estate; it was apparent Asheville was becoming a hot market as prices continued to increase. Our year-round tourism industry was really starting to pick up, our downtown was becoming more vibrant, we were starting to see more development take place, so that early 2000s period was the start of consistent growth in the city of Asheville.

Five years ago I decided to leave my 12-year career in medical sales to move into real estate full time.  I wanted to turn my love of real estate and the Asheville area into a career.  It’s also been one of the best choices I’ve made for balancing my home life and work life.

I feel like I offer a unique angle in the sense that I know the Asheville area inside and out … I’m a native, my medical sales job allowed me to cover all of WNC, and I’ve lived and owned properties on almost every side of town in multiple neighborhoods. And now as a broker, I’ve gotten to see Asheville through the lens of a selling and a listing agent.

You mentioned you lived briefly in Chicago. What brought you back to Asheville?

Although it was friendly and had a great art and music scene, the size and quite frankly the cold winters brought me back. It’s no comparison to Asheville’s temperate climate, which is a huge draw to the area.

What makes you an Asheville neighborhood specialist?

Between living in multiple locations around Asheville, and my Realtor experience the last five years taking me in and out of different Asheville  neighborhoods, I have the tools to assess what people are looking for. I let clients know up front, the unique thing about the Asheville area is there is no definitive spot to land – when people come here, they are usually drawn by some part of the cultural or outdoor aspect, so they’re not exactly sure which neighborhood they want to put down roots. From my lens, I’m able to ask them questions around what their lifestyle is like, what their goals are, what they want to feel like in their homes. Do they want to be in a neighborhood where they’re close to their neighbors and everything’s tight as far as community, or do they want more privacy?

Through a list of clarifying questions, I can help them narrow down which neighborhood would be the best fit. And Asheville has so many! Not only new development pocket neighborhoods like Craggy Park or Malvern Walk in West Asheville, but old historic neighborhoods like Lakeview Park [in North Asheville] or Kenilworth or Haw Creek. As I get to know my clients, I automatically start thinking about which specific neighborhoods might be a good fit for them.

I also think every part of town tells its own story of how Asheville developed: central and west first, then north, then east, then south, so you have different styles of homes and access to different infrastructure, whether it’s to get to the grocery store in five minutes, or easily hop on to a bike trail or greenway. So after I talk to them about their lifestyle and what they envision it being, we can spend more time in the areas I identify. Once we’re in it and driving through, it really gives them a feel for where they might want to start looking. 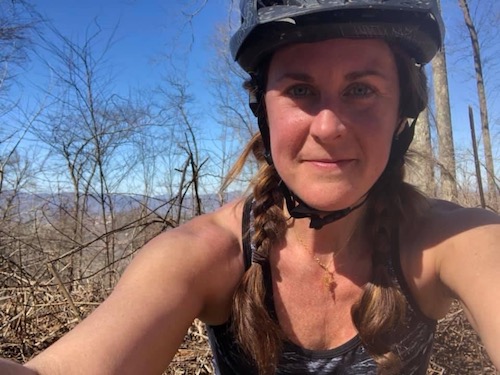 What are your passions, and how do they tie into life in Asheville?

I’m a mom of two young kids, so they’re a big part of what I do. For families with kids who are looking for a better understanding of the school system options in the Asheville area, I can give them an idea of what it looks like from a personal level – I went through the county school system, and my kids are in the city, so I can give them both perspectives.

I love yoga and mountain biking, so I spend quite a bit of time on my mat or on the trails. For clients who are outdoor enthusiasts who want to be close to trails they can hop on, I can guide them to the best neighborhoods for doing that. If they’re a yogi, they’re in the right place: Asheville has multiple yoga centers on all sides of town. Usually, those clients are also really drawn to being a part of a community, and Asheville really lends itself to that.

I also enjoy volunteering.  I spent 15 years volunteering with the Asheville Downtown Association on their Downtown After 5 event as a volunteer and then as the volunteer coordinator. Currently, I work with a food distribution program that brings food packs to children in the Asheville City School system who are food insecure.

That sense of giving back to the community, and meeting others who want to do the same, is something that I encounter as a broker. For instance, I just spoke with a client who is retiring in Asheville and wanted to learn of ways to give back to the community, organizations where they could land, and where they could get immersed in that community and really start to contribute. I suggested different neighborhoods/communities for them, and where they might best serve and be served as far as what they’re looking to accomplish.

How do your life experiences translate into strengths as an Asheville-area broker?

Even though I’m relatively new as a broker in the real estate market, my living here so long and being a homeowner in multiple areas lends itself to success in the field. I’ve also been an investor in multiple areas around Asheville, so that has translated well with my investor clients; I’ve built a home, and I’ve renovated and been a general contractor on my own projects, so I can lend perspective to clients who are looking at an older home they want to rehab, but don’t know where to get started. And of course as a Realtor, spending time in the Asheville area market as a listing and buyer’s agent puts me in a unique position of helping clients who know they love and want to live in Asheville, but have no idea where to begin making that dream happen.