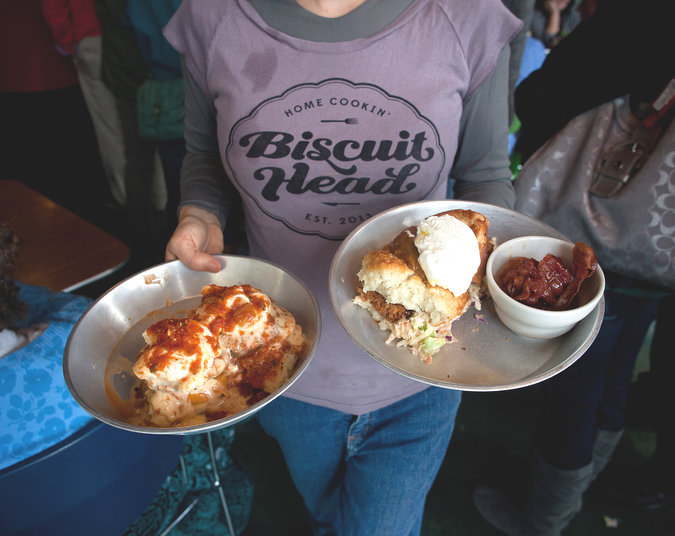 Gritty is still an operative description for West Asheville, N.C., a section of this city where pawn shops, tattoo parlors and auto repair shops have reigned. But as Ashevillians move to this side of the French Broad River to escape downtown's escalating rents and tourism, the area has become a blue-collar hybrid with yoga studios and bistros joining longtime establishments along the main drag, Haywood Road. West Asheville has been called the "Worst Asheville," said Jodi Rhoden, who owns a bakery, Short Street Cakes. "So there's a sense of embattled pride and a determination to make it work."

This eclectic venue, part Ripley's and part multigenre performance space, opened in April. Glass cases display such curiosities as Chinese binding shoes and antique mortuary tools. Across the dance floor, the stage hosts everything from live music and poetry readings to comedy. 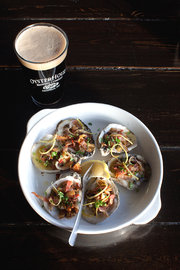 Oysters abound at this brewery, which opened in June. Shells are embedded into the polished-concrete bar. Its signature beer, the Moonstone Oyster Stout, is brewed with 10 pounds of the mollusks per barrel.

West Asheville's indie anchor since 2004, Harvest is that rarest of enterprises in the digital age: an expanding record store. Aficionados make the pilgrimage to search well-curated racks and to drop the needle at listening stations.

This brunch-centric bistro, open since March, dishes out supremely Southern cat-head biscuits (so called because they are as big as a cat's head) with an inventive combination of farm-fresh ingredients. A self-serve jam bar offers homemade varieties including lime-coriander and fig marmalade.

This year-old dive, where honky-tonk meets juke joint, feels as if it grew here. Some 40 bourbon choices are displayed on an 1880s pump organ behind the bar, and D.J.'s spin between portraits of gospel singers, photos of Mardi Gras Indians and an altar to Hank Williams.

A version of this article appears in print on February 23, 2014, on page TR5 of the New York edition with the headline: Where Bistros Join Tattoo Parlors. Order Reprints|Today's Paper|Subscribe