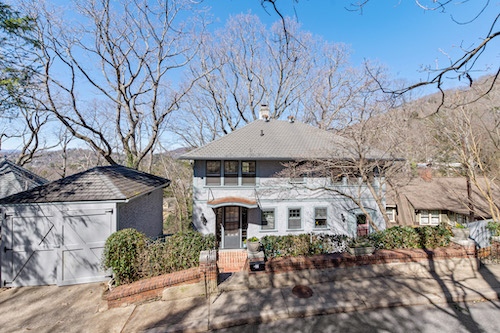 Bordered roughly by the Grove Park Country Club, Sunset Drive and Charlotte Street, the North Asheville cluster of Sunset, Albemarle and Albemarle Park neighborhoods is a picturesque reflection of the Asheville of yesteryear, replete with historic architecture and lush surroundings. The area’s tucked-away feel belies the fact that it is mere minutes from the Charlotte Street and Merrimon Avenue commercial corridors, or that it’s only a 15-minute walk to Downtown Asheville.

Albemarle Park and Sunset neighborhoods of Asheville: Built on history

A nationally recognized landmark in residential design, and a rare surviving example of late 19th century “resort park” development, Albemarle Park anchors the area with dozens of original 1890s structures, still intact and relatively unchanged. The area gained prominence after railroad magnate William Greene Raoul spearheaded the creation of a sumptuous summer destination, built around striking structures, including The Manor Inn and the Lodge Gate, along with several cottages boasting architectural styles ranging from Tudor and Shingle-Style to Appalachian Rustic and Colonial Revival.

In the early years, The Manor was one of the main centers of social life in Asheville. Later, it would become a retirement home before housing a restaurant. It also served as part of the film set for “The Last of the Mohicans.” Eleanor Roosevelt and Grace Kelly stayed in The Manor during the 1950s. In 1991, the 80,000-square-foot former inn was restored to its earlier grandeur in a painstaking restoration effort, then converted to 35 individual apartments. 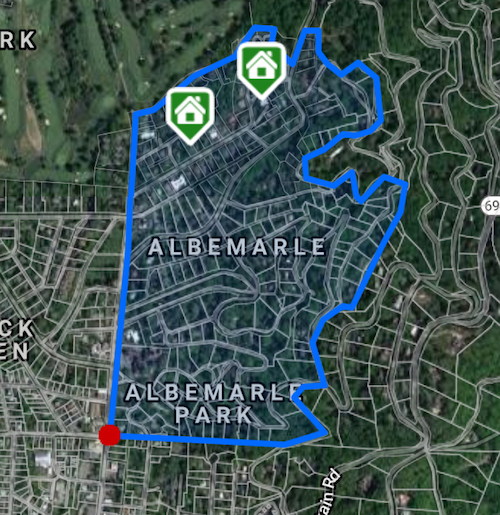 As a local historic district, the area’s property owners are responsible for maintaining the historic integrity and character of the homes and landscape. The neighborhood holds many community events, including an annual Easter egg hunt and Fourth of July parade. Every summer is kicked off with a kickball game in the park. The holiday season features a progressive dinner party that ends with dessert at The Manor.

The Sunset, Albemarle and Albemarle Park neighborhoods could not be better situated to access Asheville’s many amenities. The Grove Park Inn, with its restaurants, country club and athletic center, is a short walk away. Also bordering the area is the Charlotte Street commercial corridor, with bistros, restaurants, coffee shops and specialty stores easily accessible. Merrimon Avenue features Trader Joe’s, Whole Foods, Harris Teeter and Ingles, along with a range of restaurants. A 15-minute walk will land you in vibrant Downtown Asheville, with all the restaurants, breweries and shops the city is famed for.

The area is served by Asheville City Schools: Claxton and Ira B. Jones elementary schools are nearby. Private schools in the area include Hanger Hall School for Girls, Asheville Catholic School and Odyssey School. The nearby Asheville Jewish Community Center offers a range of early-childhood education programs.

For more information about real estate in the Asheville area or in the Sunset, Albemarle and Albemarle Park area, contact us at Info@MyMosaicRealty.com, or call us anytime at 828-707-9556.