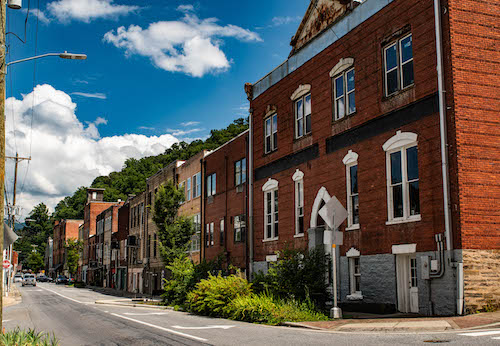 A quintessential small town nestled amid stunning scenery, Sylva sits an hour southwest of Asheville in the Great Smoky Mountains. Sylva’s Main Street is a popular downtown destination, packed with restaurants, specialty shops, galleries, bookstores and breweries. It’s the perfect spot to stroll tree-lined streets, and take in the crisp fall days for which Western N.C. is famous.

Sylva is the county seat of Jackson County, situated in the Plott Balsam Mountains of Western N.C. It has a population of around 2,600. The town became the county seat in 1913 after the county voted to move the seat from Webster to Sylva, after the town gained a railroad station. Many businesses followed the railroad to Sylva.

The majestic Jackson County Courthouse, a Sylva landmark, was constructed in 1914 and is perched on a hill at the end of Main Street. The building no longer serves as the official courthouse; since 2011, it has housed the Jackson County Public Library. The historic structure draws visitors from all around who come to admire its beauty, then climb its 107 steps for a bird’s eye view of Sylva’s downtown.

Sylva’s small-town scenery has attracted the attention of Hollywood over the years: Several movie scenes have been filmed here, including for the 1972 movie “Deliverance” and the 1993 movie “The Fugitive.” More recently, downtown Sylva was transformed for filming of the 2018 Oscar-nominated “Three Billboards Outside Ebbing, Missouri.” 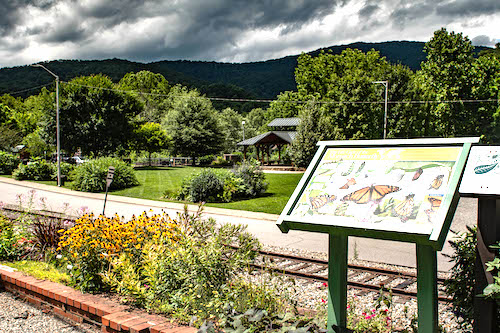 Recreational opportunities abound in Sylva. The town boasts a community-built state-of-the-art playground, as well Pinnacle Park, replete with hiking trails and waterfalls. Sylva is home to the Western N.C. Fly Fishing Trail; the Tuckasegee River is famed for its whitewater and trout populations. The Blue Ridge Parkway and Great Smoky Mountains National Park are both just a short drive away.

Sylva is home to several annual festivals. Greening Up the Mountains Festival takes place on the fourth Saturday in April, drawing thousands of people downtown for arts, old-time Appalachian crafts, local music, ethnic and locally inspired cuisine, tastings from local craft breweries, and many family-friendly activities. The Hook, Line & Drinker Festival in May celebrates the designation of the area as a popular spot for fishing, and features fly-fishing guides, fishing-industry vendors, kids’ activities and live music. Concerts on the Creek takes place every Friday night from Memorial Day to Labor Day at Sylva Bridge Park.

Popular local restaurants in Sylva include Lulu’s on Main (678 West Main) and Guadalupe Cafe (606 West Main). For downhome cooking, head to The Coffee Shop (385 West Main Street), a favorite since 1926. For something sweet, stop at Baxley’s Chocolates (628 West Main Street).

To learn more about Sylva real estate, contact us anytime at Info@MyMosaicRealty.com, or call us at 828-707-9556.