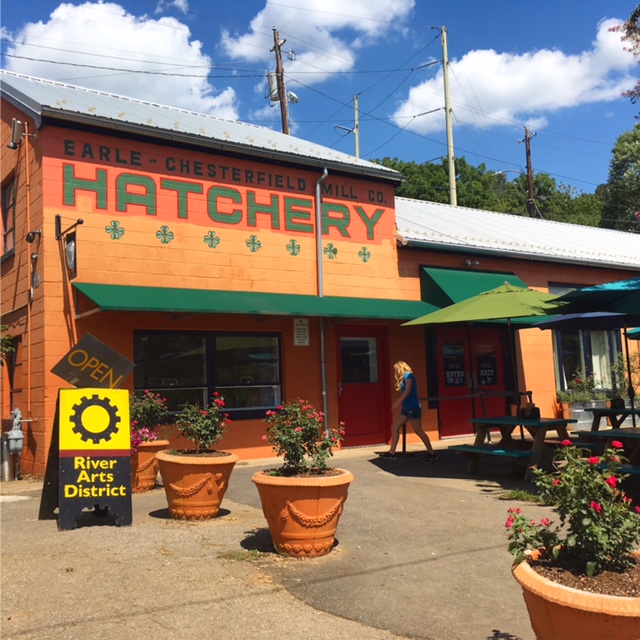 Undeniably, the neighborhood in Asheville that is undergoing the most radical change at the moment is the River Arts District.

This district is situated just southwest of downtown Asheville, nestled between the bustling central business district, historic Biltmore Village and funky West Asheville.  The French Broad River defines the neighborhood’s western border and brings with it many eager river adventurers.  However, it has not always been quite the cultural hub that it is now.

History of the River Arts District in Asheville 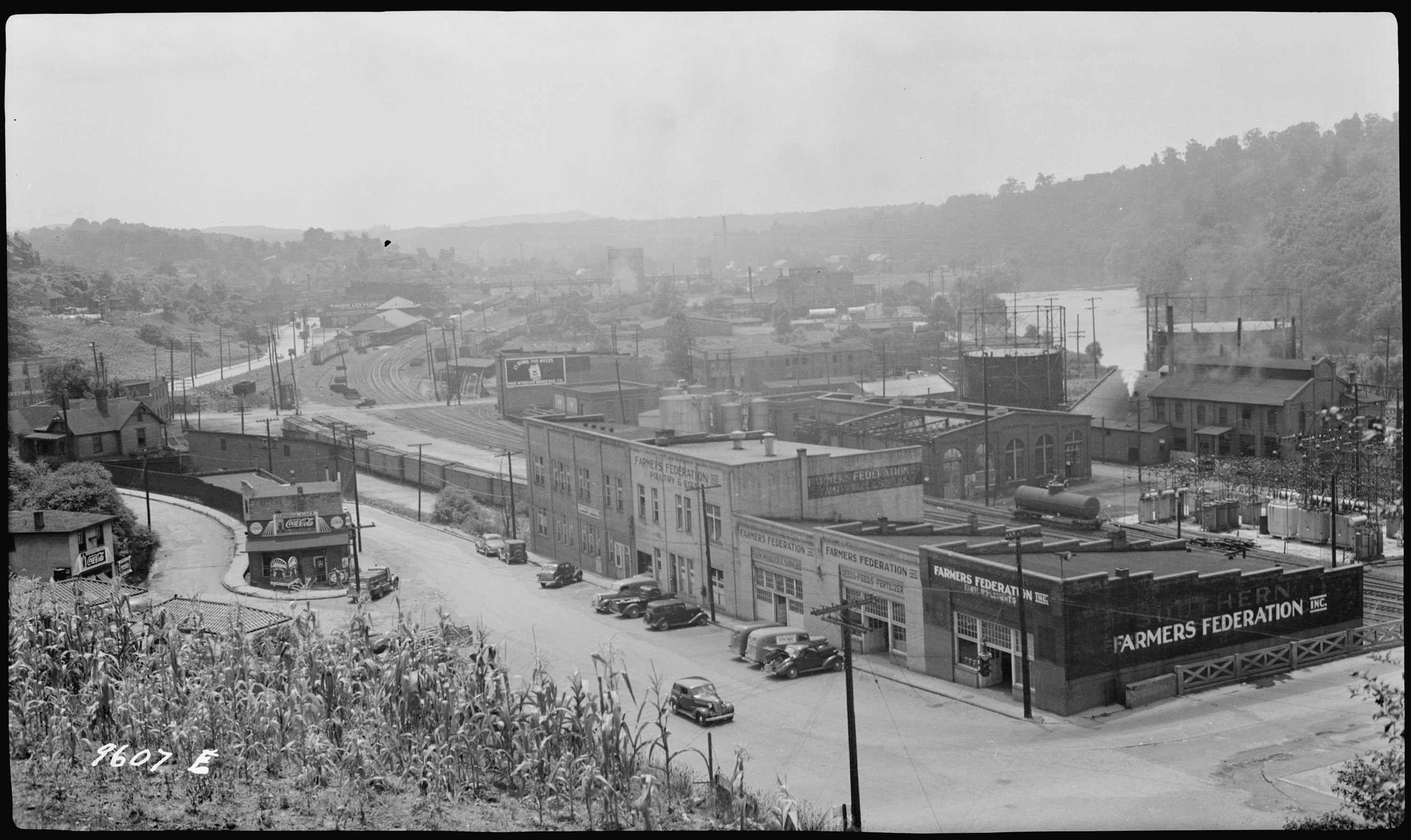 By the late 1800s, Asheville’s industrial district had settled in the low-lying area surrounding the French Broad River.  During this time, the railroad, still active today as the Norfolk Southern, brought scores of people to town.

In the 1980s, as downtown Asheville began to see a slow renaissance and artists faced higher rents there, many of them set up shop in the industrial buildings lining the banks of the French Broad River.  1994 marked the first official studio stroll, and hence the name River Arts District began to take effect.

Around the turn of the century, a few Asheville entrepreneurs began to recognize the opportunity in the area and set up businesses such as the Grey Eagle Music Hall and the Wedge Brewery, which are still thriving today.  The momentum has continued through the last 15 years with many businesses experiencing success in the area.

Today, there are plans for a Visitor’s Center with public parking and restrooms and many other improvements in the works.  The city was awarded a federal grant titled Tiger VI to improve transportation in and around the River District.  Ahead of the improved infrastructure, many local businesses are looking to be a part of this area. 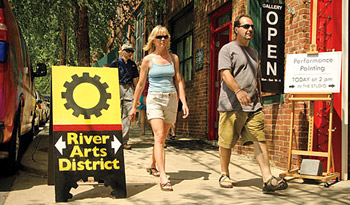 This neighborhood is one of the most walkable neighborhoods in Asheville. (Link)  It’s friendliness to alternative transportation is only increasing as the city is investing more and more in infrastructure for greenways, sidewalks and bike lanes.

The plethora of craft beers, artisan cocktails, fine dining and casual bites to eat is overwhelming and on the rise.  Our detailed blog post on river culture in Asheville lays out some of our favorite destinations in the River Arts District as well as some outstanding pass times.

Historic cottages dot the hillside of Chicken Hill, facing west over the river and south over the center of the business district.  In the past few years, some historic industrial buildings have been renovated to include studio apartments near artists’ studio spaces.

New construction is popping up all along the River Arts District featuring mostly condos and modern style homes.  These homes are designed to reduce urban sprawl and to take advantage of the walkability of this neighborhood.

Search: View all homes for sale in the River Arts District